David Rodriguez, President & CEO of Council Rock, is of Puerto Rican descent and regularly visits his family living on the island. He was shocked by how many people were still relying on gasoline generators to power basic appliances when he returned in December 2017.

“This project comes from a personal experience. After Hurricane Maria, I was on the Island to see my family and help them as much as I could. I was very concerned to see how my uncle – an older man – had a generator inside his home because he was afraid it might get stolen. It was not only the danger of the gases, but the concern that he was handling fuel, and where he could store it safely.”

inverSOL units are the safe, environmentally-friendly alternative to gas-powered generators. They provide residential homes with enough electricity to power basic appliances in emergency situations. The main competitive advantage is that inverSOL’s sales, manufacturing, and customer service will be handled locally in Puerto Rico. Local production will create jobs and help support the Puerto Rican economy, which has been devastated by Hurricane Maria. Furthermore, manufacturing the units in Puerto Rico eliminates international shipping fees charged by market competitors.

inverSOL is partnering with PathStone, a Rochester, New York non-profit with “boots on the ground” in Puerto Rico for over 25 years. PathStone will provide loan capital financing assistance through their PathStone Enterprise Center which is a CDFI (Community Development Financial Institution) as well as job training and placement services for approximately 40 employees who will be hired by inverSOL. These jobs will be filled by unemployed farmworkers living in communities served by PathStone. In addition, PathStone and InverSOL are launching a fundraising campaign to solicit individual and corporate donations to provide assistance to reduce the cost (more information on inverSOL units) of the solar generators for eligible families who cannot afford the full price. Charitable donations to the fund can be made online through PathStone.

“We are thrilled to be a part of this partnership with David and his team at Council Rock/inverSOL. David is all in with his extraordinary expertise in the alternative energy arena, his risk-taking entrepreneurial spirit and his insatiable love for the people of Puerto Rico. inverSol and PathStone share a common goal of bringing a much-needed, affordable and safe energy resource to low income families struggling to recover from the hurricane.”

The vision of inverSOL is to bring power back to the people, both literally and metaphorically. Building a manufacturing facility in Puerto Rico staffed by Puerto Ricans will allow those people whose livelihood was destroyed by the hurricane to earn incomes again.

Learn more about inverSOL, shop for units, and make a donation.

“The power failure interrupted a meeting that David Rodriguez was having in Caguas to discuss plans for a new business involving the sale of solar-powered generators.

Mr. Rodriguez, who was born in Puerto Rico and runs a telecommunications engineering firm in Rochester, N.Y., returned to the island in December to visit family. He was alarmed to find his uncle living with a gasoline-powered generator running inside the house — a serious health risk. His uncle said he was keeping the generator indoors because he was afraid it might be stolen if it was outside.

That experience led Mr. Rodriguez to start a company, InverSol, to make small solar generators that can be installed on roofs and provide at least some power during blackouts. The company eventually could employ up to 70 people and produce up to 7,000 generators a year for $2,000 each.

“We want to get some basic humanity back,” Mr. Rodriguez said.

One challenge, however, has been finding an undamaged location that can be quickly converted into a factory. He is working with PathStone to hire former farmworkers who have experience using heavy equipment.” 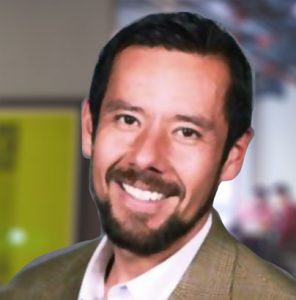 VP Engineering Services and Systems Integration. Manuel holds an undergraduate degree in Physics, an MBA from the Simon School at the University of Rochester, and a Masters in Electrical Engineering from RIT.

Council Rock is an equal opportunity employer and welcomes candidates from diverse backgrounds.